SAO PAULO (Reuters) – Brazil’s Marfrig Global Foods SA (MRFG3.SA) said on Monday it would buy control of U.S.-based National Beef Packing Co for $969 million, in a deal that would make it the world’s No. 2 beef processor.

Marfrig also said it was seeking to sell an existing U.S. unit, Keystone Food LLC. The proceeds will be used to repay $1 billion in loans it is taking out to finance the acquisition, which involves Marfrig obtaining 51 percent of National Beef, the United States’ fourth-largest beef processor.

The deal helped propel Marfrig shares as much as 19 percent higher on Monday. Analysts said the resulting company would be less indebted and better positioned to profit in the global market for beef products.

However, U.S. agriculture anti-trust group the Organization for Competitive Markets lamented the increasing involvement of non-U.S. companies in the country’s beef trade.

“These foreign corporate giants will dominate the U.S. beef market, putting U.S. farmers and ranchers at their mercy,” it said in a statement.

The transaction will also give Marfrig broader access to the U.S. market almost a year after the United States banned imports of fresh Brazilian beef over safety concerns.

“It’s more of the same trend of these companies consolidating and the appetite for Brazil to diversify into the United States,” said Altin Kalo, a livestock analyst at Steiner Consulting Group. 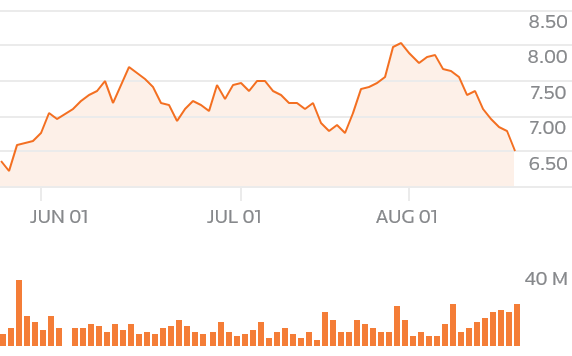 “Brazil has faced barriers to sell beef into the U.S. and this is just one way to get exports to the U.S. If you can’t sell beef here, come in and buy a U.S. company.”

Marfrig’s Chief Executive Martin Secco told a news conference in Sao Paulo that he hopes the U.S. will lift the ban by the middle of this year. Currently Marfrig supplies the U.S. market with fresh beef it produces in Uruguay, he said.

Uruguay has a quota to export 20,000 tonnes of fresh beef to the U.S. without any tariffs, and Marfrig accounts for 25 percent of that, Secco said.

Brazilian investment bank BTG Pactual said in a research note that the deal would make Marfrig “a more focused and less leveraged protein operator, with a highly diversified beef footprint in South America and the United States.”

Chief Financial Officer Eduardo Miron said Marfrig does not see antitrust concerns arising from its proposed acquisition of National Beef due to Marfrig’s small presence in the U.S. market.

The company said it expects to complete the sale of Keystone, a processor of poultry and fish as well as beef, in the second quarter.

Reporting by Ana Mano, Additional reporting by Gram Slattery and Marcelo Teixeira in Sao Paulo and Tom Polansek and Michael Hirtzer in Chicago; Editing by Christian Plumb and Rosalba O’Brien